Driving up resource efficiency and driving down carbon emissions

FM Conway has been working with Westminster City Council to push the boundaries of materials recycling in the highways industry once again and has laid a surface course containing a warm mix of 85% recycled materials. 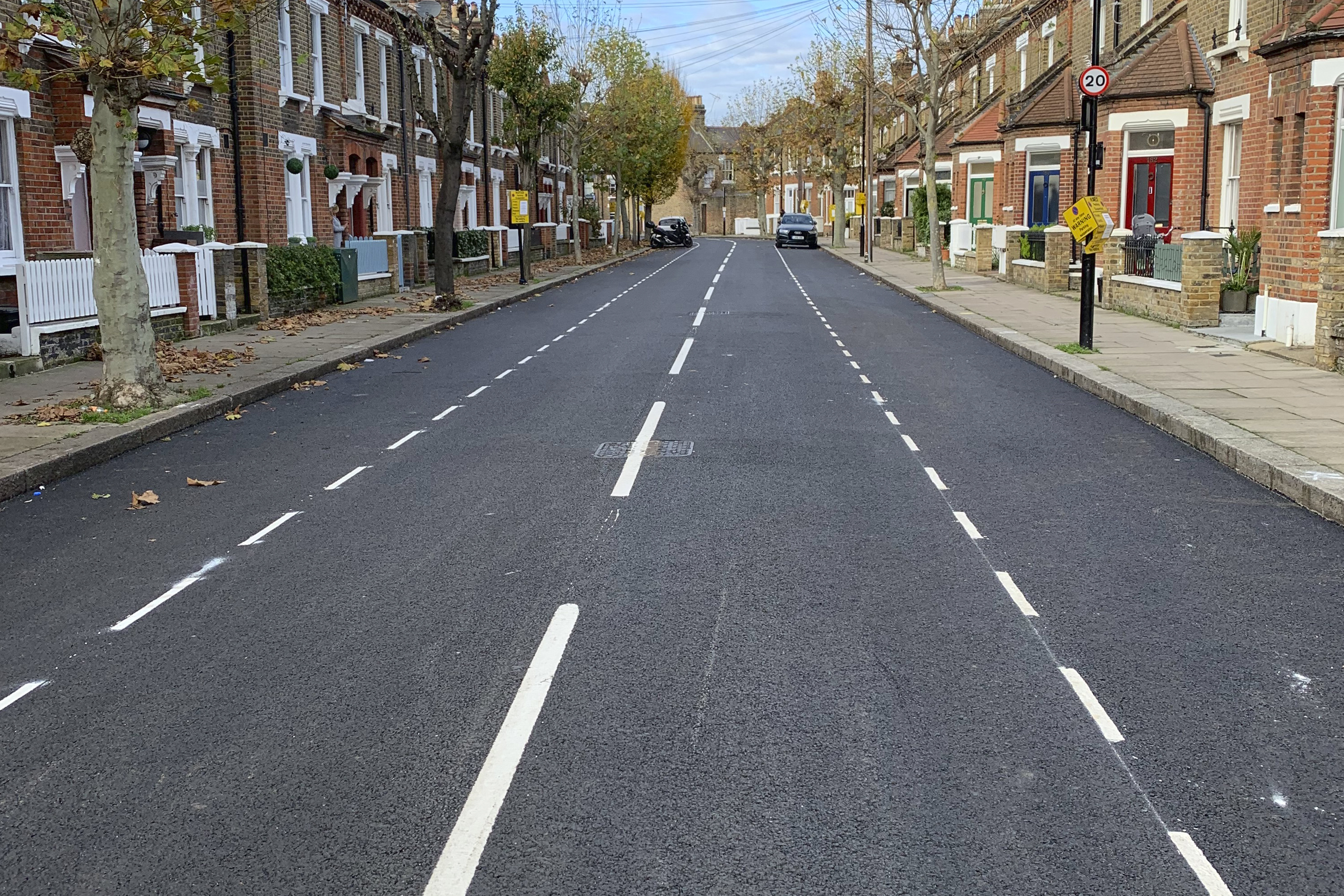 FM Conway’s single layer solution, SureLayer® E, was laid on Third Avenue in the Queens Park district of Westminster, delivering a recycled content of 85% which was a combination of high Polished Stone Value (PSV) RAP and ‘recovered aggregate’.

This product is challenging conventions around the amount of Reclaimed Asphalt Pavement (RAP) incorporated in road surfaces and is also delivering carbon savings via the use of a more sustainable warm mix content. Warm mix asphalt is mixed and laid at a reduced temperature, which cuts energy usage and reduces the associated carbon when compared to a traditional hot mix asphalt. As a result, the use of SureLayer® E in the overall scheme, including transport, produces a 40% carbon saving over traditional hot mix asphalt.

In total, the 760 tonnes of material supplied by FM Conway’s Heathrow asphalt plant were laid in a single layer by its surfacing division, which increased productivity and reduced the number of lorry movements by 55%.

The major benefits of the 85% recycled material used in the Westminster scheme are:

•    The use of high recycled content contributes towards a circular economy and a more sustainable construction method for treating carriageways.
•    The use of SureLayer® E, a single layer system, means that the carriageway can be resurfaced in just one pass thereby reducing time spent on site with the highway being reopened sooner and limiting disruption to the community.
•    A warm mix asphalt where the material is not heated as high as traditional materials reduces the energy consumption which represents a reduction in embodied carbon.
•    The use of warm mix asphalt can provide greater durability due to reduced damage to the bitumen in the manufacturing process.
•    An odour suppressant was also used for the first time, in the manufacturing and installation of the material, which helped to deliver a reduction in odours for both operational staff and the wider public.

Mark Flint, Head of Technical comments: “This has been a great collaborative scheme between FM Conway and Westminster City Council. Together we have maximised the amount of locally sourced recycled materials, as well as reducing the amount of vehicle movements through the use of single layer technology. This also resulted in less time spent on site resulting in us handing back the street to Westminster and its residents in an efficient and timely manner. These activities have ensured that Westminster City Council’s sustainability and carbon saving targets have been achieved.”

Phil Robson, Westminster City Council, City Highways Head of Operations comments: “The City Council has set a net zero carbon target for 2030 and this innovation with high recycled content and lower carbon production methods supports that goal while providing the durability we need to maintain our highways asset to the highest standards.”

A proven track record:
This is the first time that over 80% recycled material has been used in Westminster since the successful trial on Sutherland Avenue in June 2019. On Sutherland Avenue, one side of carriageway was resurfaced with 50% RAP material, and the other was resurfaced with 80% recycled material. The site is undergoing continual performance monitoring, and both materials are performing successfully.

Traditionally, standard practice has been limited to 50% recycled content for the lower layers of roads and just 10% for the surface courses of motorways and A-roads.

These Westminster initiatives also build on FM Conway’s previous work with Transport for London. In 2017, FM Conway laid its SurePave® E asphalt surface course mix, containing 50% PSV recycled aggregate, on the A40 in west London. This marked the first time that a surface course mix containing such a high proportion of recycled material had been used on a highly trafficked strategic road outside of trial conditions.

In 2019, FM Conway designed an asphalt surface course containing 50% recycled content to be laid for the first time on the UK’s strategic road network. This use of 50% recycled content marked a step change in the use of recycled material on UK roads which could result in huge environmental benefits if adopted across the network.