FM Conway’s expertise in recycled materials has enabled an asphalt surface course containing 50% recycled content to be laid for the first time on the UK’s strategic road network. 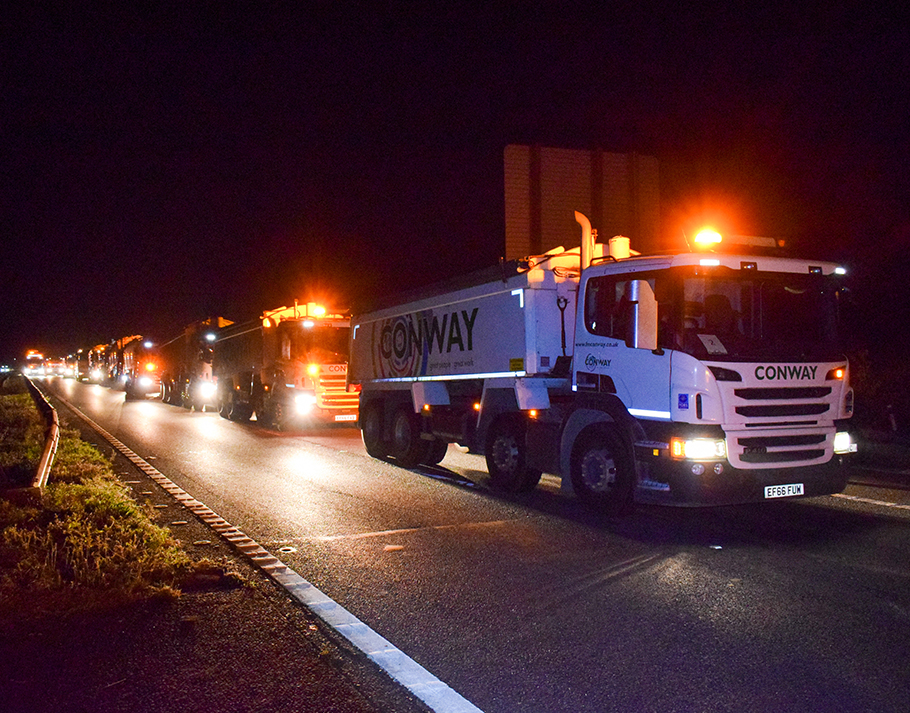 Extensive core sampling and testing was imperative as we were looking for the correct grade of aggregate as well as the right polished stone value. Being able to carry out the research and development at our Technology Centre and engineer a bespoke PMB at our PMB plant was beneficial to the success of the mix.

The material was laid on a section of the M25 between Junctions 25 and 26 during an overnight closure last month (September).

Until now, standard practice has been to limit the recycled content of surface courses for motorways and A-roads to around 10%. The use of 50% recycled content marks a step change in the use of recycled material on UK roads that could result in huge environmental benefits if adopted across the network.

The surface course containing 50% high PSV recycled aggregate was designed by FM Conway in collaboration with surfacing business partner Toppesfield and Skanska UK. Skanska has a contract to carry out civil engineering and technology works for Connect Plus Services, which operates and maintains the M25 and its adjoining trunk and slip roads for Highways England.

FM Conway has previously supplied surfacing material with 50% recycled aggregate (known as RAP) to two roads on Transport for London’s network: the A1 and the A40. However, this is the first time a surface course mix – used for the top layer of a road – containing such a high proportion of recycled material has been laid on the strategic road network.

The surfacing material was made by mixing the RAP with virgin aggregate and FM Conway’s own designed and manufactured polymer modified binder (PMB). The addition of PMB to an asphalt mix can significantly improve the durability of the surface course by improving resistance to rutting and cracking.

The RAP for the M25 project came from two “donor” sites within the Connect Plus area, where Skanska would be planing off the existing surface course for remedial work. Prior to planing, FM Conway took 24 core samples on the two sites and tested them in its laboratory to ensure the material would be suitable. 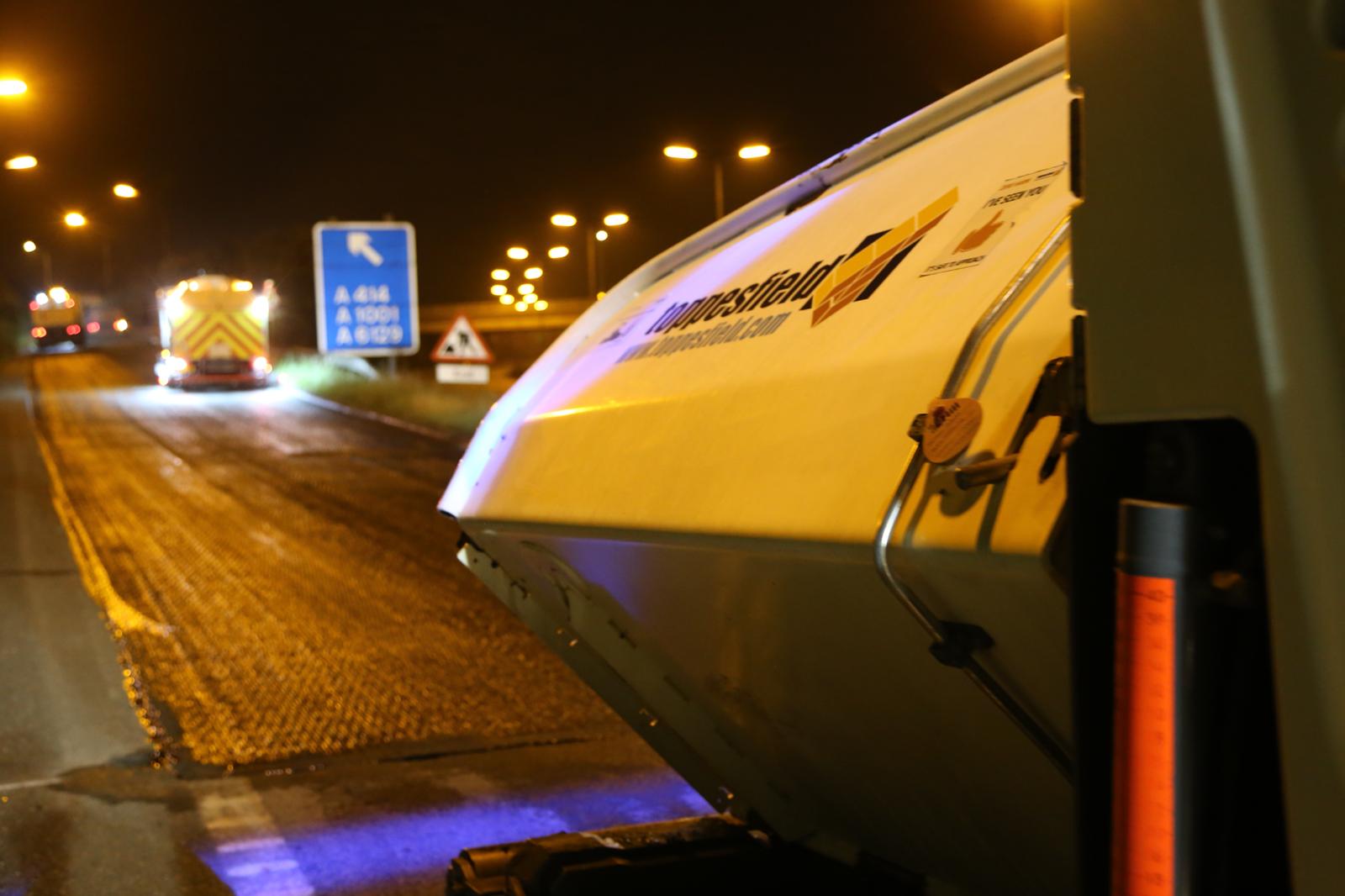 Mark Flint, Technical Manager at FM Conway, said: “Extensive core sampling and testing was imperative as we were looking for the correct grade of aggregate as well as the right polished stone value. Being able to carry out the research and development at our Technology Centre and engineer a bespoke PMB at our PMB plant was beneficial to the success of the mix.”

Polished stone value (PSV) is an important measure of the skid resistance of the surface. Motorway surfaces require stone with a high PSV.

FM Conway in collaboration with business partner Toppesfield designed the mix specifically for this project, and Skanska applied successfully to Highways England for permission to depart from its standards, which only allow for 10% RAP content.

Paul Phillips, Technical Director at Toppesfield, said: “Our collaborative process of research and development is to ensure that the resulting material is at least as good as the generic. The core sampling was an important part of the process as was the engineering of a complimentary PMB to provide a mix composition fit for its intended purpose. This collaborative approach by Toppesfield and FM Conway demonstrates support of the circular economy ethos and upholds the three pillars of sustainability.”

The planings from the donor sites were taken to FM Conway’s Colthrop recycling plant near Thatcham in Berkshire, where they were crushed, screened, tested, segregated and stored. The day before the material was due to be laid, the planings were transported to the company’s Heathrow recycling and asphalt plant for mixing.

On the night of the closure, the mixed surfacing material was taken by truck for laying by Toppesfield. A total of 260t was laid as surface course on a section of lane one (the inside lane) of the anticlockwise carriageway of the motorway, to a depth of 45mm.

RAP content has been used in motorway surfacing before, but never at 50%. It has huge environmental benefits as both aggregate and bitumen are finite resources, whereas planings are available as a by-product of road improvements. Using the roads as a quarry reduces both carbon emissions and transport movements.

Mark said: “Quarries and bitumen won’t last forever, but there is a quarry out there – in the form of existing roads – that we can tap into and use. We can stop importing so much material and bring it from only a few miles away.”