A Royal Seal of Approval 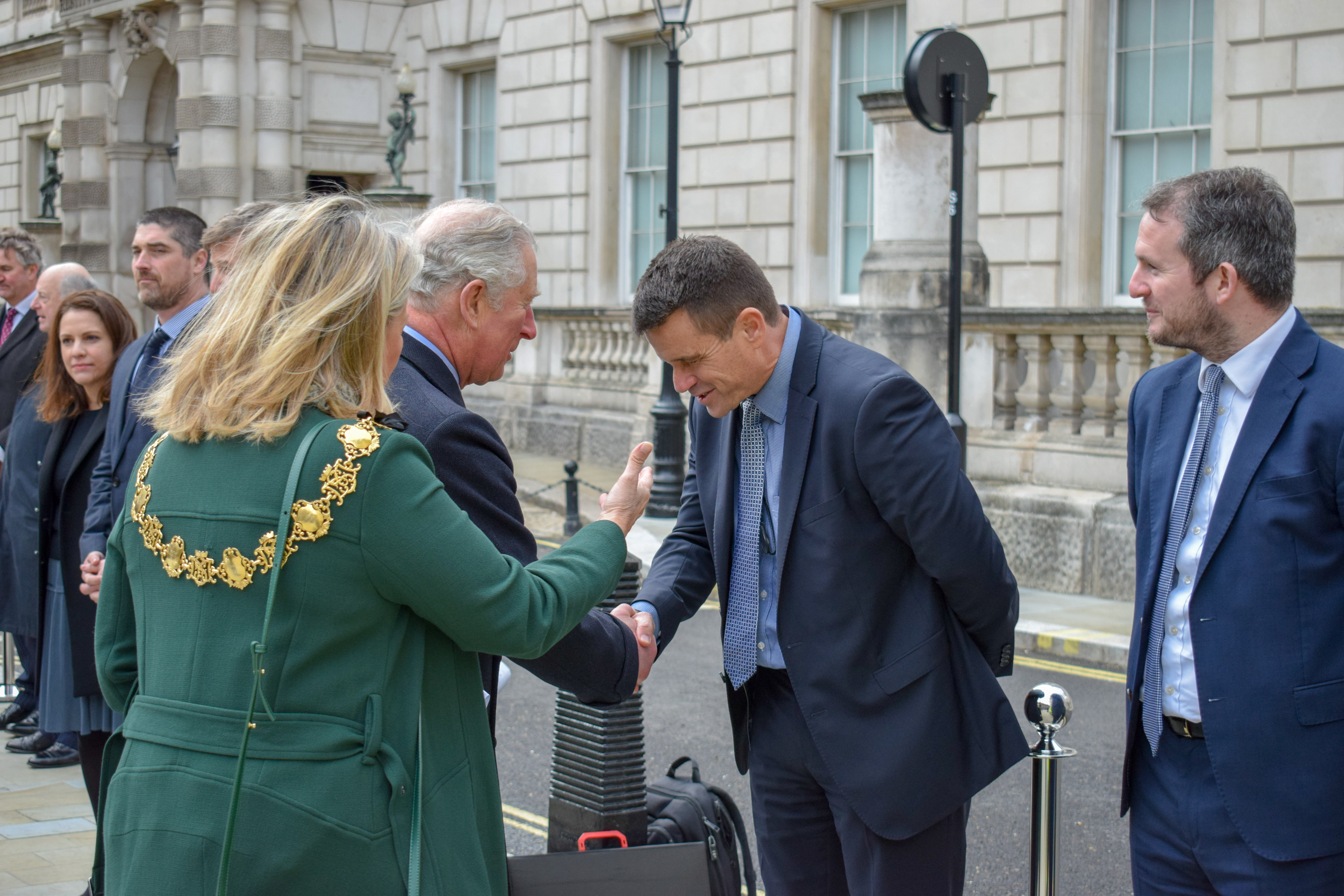 Through our work with Westminster City Council we’re proud to deliver exceptional schemes across London, but it was particularly rewarding for the team to see their hard work recognised by His Royal Highness.

Not often is a job well done marked by a high-profile guest, but on 4 March FM Conway was treated to a visit by none other than His Royal Highness, the Prince of Wales.

The Prince attended a ceremony signalling the completion of FM Conway’s public realm improvements works at Cleveland Row and St James’s Palace Forecourt in Pall Mall.  His Royal Highness helped plant a tree – a semi-mature Spanish oak – as part of the new public realm scheme at Cleveland Row in front of the Palace’s main gatetower.  The event was also attended by the Mayor of Westminster and guests from Westminster City Council and The Crown Estate, which had jointly led the project.

One of the most iconic areas in London, the grandeur of St James’s attracts flocks of Londoners and tourists daily.  The objective behind the project was to therefore showcase the area’s prestige – providing an engaging and accessible environment for pedestrians, while also reflecting its heritage.

Ciaran Ward, head of Westminster services at FM Conway, explains: “St James’s is a well-loved part of the capital and is often thronged with sight-seers and tourists.  The projects at both St James’s Palace Forecourt in Pall Mall and Cleveland Row are part of a wider investment in the area to make the streetscapes as pedestrian friendly as possible to provide visitors with a safe and enjoyable experience.  It was also vital that the upgrade of the area was in keeping with the historic surroundings.”

FM Conway used high-quality, natural materials to provide an authentic look throughout the scheme and to ensure that the upgraded areas blended in with the existing streetscapes.  However, slightly atypical requirements also had to be taken into consideration when installing the public realms.

“A requirement of both schemes was that the public realm needed to be designed to support ceremonial events held by the Palace – not your usual request!” Ciaran continues.  “As such, we had to make sure that highways infrastructure, such as bollards, could be removed easily to accommodate events in the area.

“Through our work with Westminster City Council we’re proud to deliver exceptional schemes across London, but it was particularly rewarding for the team to see their hard work recognised by His Royal Highness.”